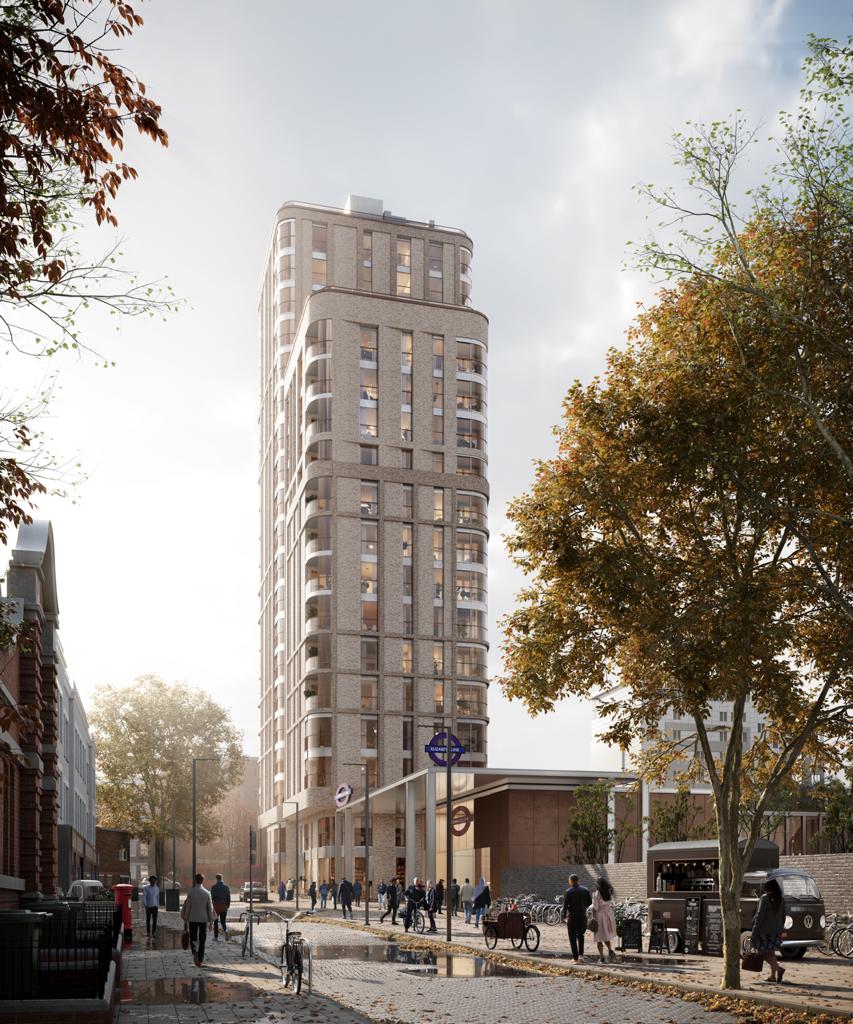 Main contractor Henry Construction will now be able to start work next summer on the 55 West scheme which will offer 144 affordable apartments, with split level ground floor amenity and commercial spaces across two towers of 18 storeys and 12 storeys.

The building will stand at the junction of Manor Road and Drayton Green Road, almost directly over West Ealing train station where the new Crossrail/Elizabeth Line will call.

The scheme was originally designed as a 26-storey tower but this was scaled back following discussions with local residents and the council in 2019.

A revised application was submitted in May 2020 but it was refused by Ealing Borough Council’s planning committee last December, even though it was recommended for approval by council officers.

That decision has now been overturned by the Planning Inspectorate.

Tom Slingsby, CEO of Southern Grove Group, said: “It’s fantastic to have secured permission to create what is a hugely attractive landmark scheme, which raises the bar on architectural design in Ealing, but we should never have needed to take this to planning appeal at all.

“Considering that we are bringing forward a fully affordable development in a borough that is failing to meet its housing quota, it was surprising that the application was met with so much opposition.

“Despite this, we are delighted to have won a victory for common sense with the overturning of the original refusal decision. For developers, the planning appeals process takes too long, is too expensive and costs first-time buyers, young professionals and families valuable opportunities when it comes to how much housing is available to them.”